Is anyone running -2.5 or -3.0 degrees of rear camber on the track? On my R400D I currently have the nominal -1.5 degree rear ears, but due to significantly higher tyre wear from middle to outside vs middle to inside, I really could do with more camber to even the wear on high-g corners with sticky tyres.

I'm thinking of increasing the current -2.7 degrees of front camber to -3.0, perhaps going to 4-0 instead of 3-1 on the castor washers, too. Then taking the rear from -1.5 to -2.5 degrees camber, but probably leaving the toe-in as standard, as the car otherwise feels well balanced between a bit edgy and overly stable.

In the past on radial slicks I have generally swapped the tyres from inside to outside to even out wear halfway through their life, but I can't get slicks in the right size lately, so I'm running AR-1s that have an inside and outside orientation, so I can't "officially" put them on the wheels the wrong way around, but that may be something to try, too.

Thoughts from those who have run high camber settings?

A nats toe out works a whole lot better with negative,

Sorry, I should clarify on the toe-in, I'm already slightly toe-out on the front, but standard toe-in on the rear -1.5 degree ears (i.e. no shims on the rear yet).

I machined up a couple of shims to increase my current rear camber from 1.5 to 2.5 degrees, as I don't like the idea of the Caterham shims that just wedge under one edge of the deDion ear, as opposed to contact across the whole surface area, they taper from 1.0 to 2.3mm from top to bottom. Plan is to fit on the Easter weekend when the car comes out of winter storage, together with flat-flooring again afterwards: 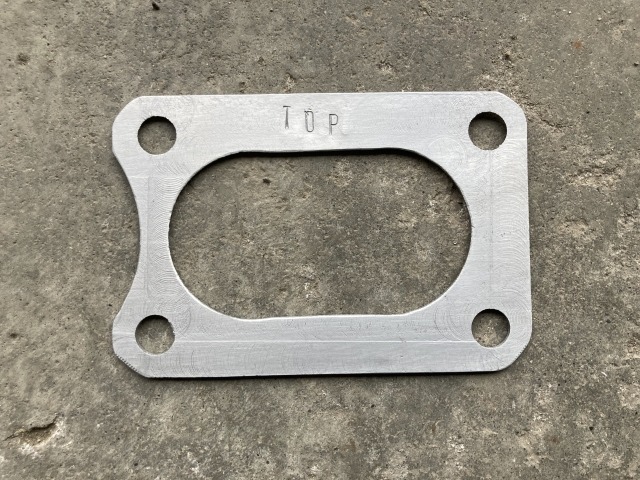 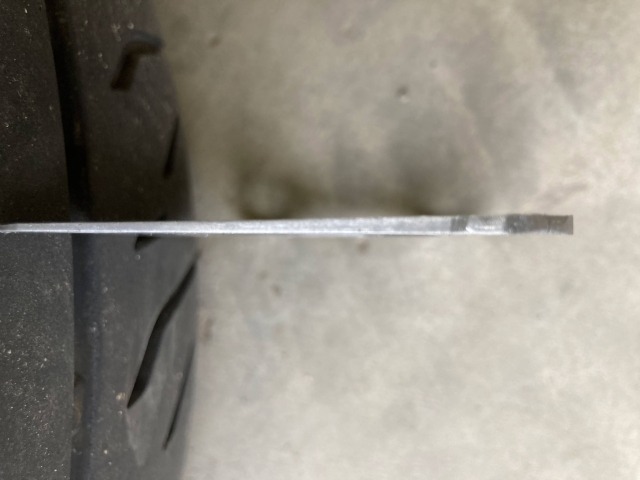 I would have thought a conversation with someone like DPR would be of some benefit to you, as they must have tried just about every set-up option, and know what does and doesn't work.

I know I need more rear camber and generally for balance I like to have 0.5 degrees more in the front and a fair amount of dynamic camber from high castor. My current set of 13" relatively sticky track tyres have 1/3 of outer tread and 2/3 of inner tread remaining on the rear after 800km / 500 miles (3 track days) of use and 14 PSI cold / 19 PSI hot pressure to give even temperature across the tread.

So I did a full alignment on the R400D today, added in the wedge shims and adjusted the alignment of the rear axle by adjusting the Watts linkage on the left side. Wheelbase was 2220mm on right side but only 2217mm on the left, I confirmed that deDion tube was 3mm further to the rear cross-tube on the left compared with the right before adjustment.

I went with a fairly aggressive track alignment. I have used the same rake (15mm) for 5 years now and prefer the handling with this low value, although it is beyond the normal recommendations.

When I bolted up the wedge shims, I ended up with an additional 1.2 degrees of camber compared with the standard 1.5 degree ears: 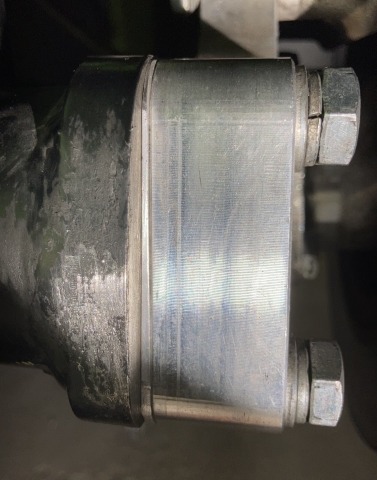 I did 2 track days in the past week on two very different tracks - Rad Torque Raceway near Edmonton, a very flat track with technical but well defined lines and little run off before concrete barriers, and Rocky Mountian Motorsports, a brand new Tilke designed track near Calgary which is undulating (with a number of blind crests in the Caterham) with lots of possible lines and very wide runoffs.

I found my new setup works very well on both tracks, my tyre wear is now more even and I had no issues with the rear toe-out making the car unstable or max castor making the steering too heavy. Overall I don't think I would make any further tweeks, the car is now to the point I just want to stay out and thrash it until my body and mind are exhausted.

Thank you for a really good thread.  My car is firmly a road car, so my settings are nothing like yours, but I appreciate the detail and will add it to my little stock of knowledge, as I'm rather into chassis/suspension settings.  Cheers, and, indeed, enjoy!