My 620s has been sitting unused for a month or so (all of October and maybe a week or two either side) and not connected to a charger. However, I bought a CTEK MSX 5.0 charger last week and connected it on Sunday pressing mode so that the 'car' and 'AGM' modes were shopwing. The battery had charge when I connected it (I foolishly didn't look but it was showing a strong 14V while charging) and it went straight through stages 1 to 4 in a few moments (seconds I think).

I thought that all would be good, I had connected the CTEK via the little snap adaptor that comes with it so that I screwed the two cables into the battery permanently and have a little connector coming off. The cables are definitely connected the right way around (red to red) and I don't get any error on power up/connection.

However I have just looked at the car 24 hours later (as I have a track day on Wednesday) and suddenly, since being connected to the CTEK the battery is has been completely drained to nothing. It's totally dead. I can't understand why the CTEK would drain the battery to nothing even if there was a fault with the battery but I really don't understand how it works compared to a 'normal' charger.

I have reconnected the charger again and will leave it overnight and check it in the morning.

Worst case scenario, I can try and buy a new battery but I'm worried about being able to source one the same day (in Kent or nearby). Having read throug the forum I have seen other suggestions to perhaps jump start from another car and let it run. I have also seen some suggestions to put it in a different mode (perhaps 'AGM RECOND') but here I'm not sure.

Does anyone have any suggestions on what I should do but also what caused this (perhaps leaving to drain it has damaged it) or is the CTEK causing the problem?

Thanks so much, Phillip.

How old is the battery?

How do you know that it has been "drained to nothing"?

Which charger lights came on when you connected the charger the second time?

Do you have a multimeter?

Have you got another battery or car you can use to jump this one?

And please can you add a photo of the connections.

PS: I once had a CTEK charger which had failed. Took me months to work out what was happening... because the lights came on appropriately and then changed in the usual sequence.

I try to keep this thread up to date "Whats the best battery these days".

I don't know how old the battery is, possibly since the car was built but I have no way to tell (this is the very first ever 620s so could be as old as 2015 but I don't know).

When I say drained to nothing, I have a little USB socket with a voltmeter on it attached to where the lighter socket used to be. That was the only thing on the car that seemed to have any power today and it was showing 00 (it's strange that had power as absolutely nothing else did). Nothing lit up, even slightly when I put the key in and turned it.

Incidentally I do not have a power isolation switch (for racing) so I haven't isolated the car by accident.

I also have not disconnected the car from the battery, everything is still connected.

This evening I reconnected the charger and it lit up with the car and AGM lights then went from step 1 to 4 within a few moments (seconds maybe, definitely less than a few minutes, I wasn't sitting watching). Is this odd if the battery was totally dead. Looking at the manual it seems to me that it should be slowly charging across stages 2 to 3 (although the manual is so vague), if it was totally dead that would suggest to me that those stages should have taken a lot longer?

I do have a good multimeter, I haven't used it to check the battery but can, what should I check for?

I will send photos shortly, it's all locked up in my barn (no lights) and V dark, will try with the phone flash. The CTEK is brand new but doesn't mean it isn't a part of the problem.

Get the multimeter across the battery to read the voltage. I would be surprised if the voltage is 0 V. A smart charger is likely to not charge if the voltage is very low so an old fashioned charger is likely to be needed to get it going. I'd do that for an hour then swap to the smart charger to see if it is going into a charge mode and then into its conditioning mode. The multimeter reading when charging will help indicate what's going on

The fact it goes to stage 5 suggests the battery is ready to use (stage 4).  I think if it was my car, I would disconnect the battery from the car to remove one of the variables.  Check the battery with a multimeter (as already stated), and try again with the AGM reconditioning setting.  At least with the battery disconnected you are down to charger or battery being the problem.

Same thought as those above:

00 is very suggestive of something other than a shot battery... bust voltmeter, bad connection...

Check the battery voltage with the the multimeter at rest and as you switch the charger on.

"... an old fashioned charger is likely to be needed to get it going."

And you can do something similar by jump starting from another battery or vehicle.

As soon as the you've got the engine running check the battery voltage at 3,000 rpm. If isn't charging normally then you need to know asap.

It was in stage 5 BUT showing the error/warning light so something had failed.

So, I have put it into CAR - AGM - RECOND mode and will leave it overnight.

It was in CAR - AGM and had 11.8 volts (from the little volt meter in the car) when I disconnected it to switch modes (just now, not earlier when it was dead).

Also, note that the car had power before I added the CTEK. It seems to me that something failed and then the CTEK drained the battery but I'm not sure why/how as I don't understand how it works.

I will have a look in the morning and check it with my multimeter if it has failed again.

A few images attached below... 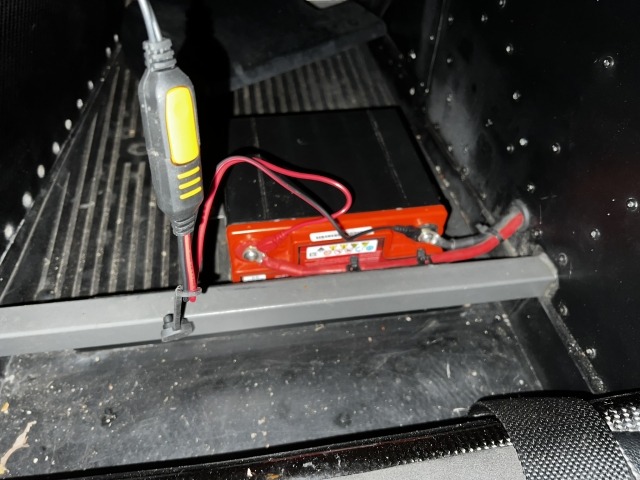 This is what the charger was showing just now when it was charging in CAR-AGM mode, when disconnected it read 11.8v 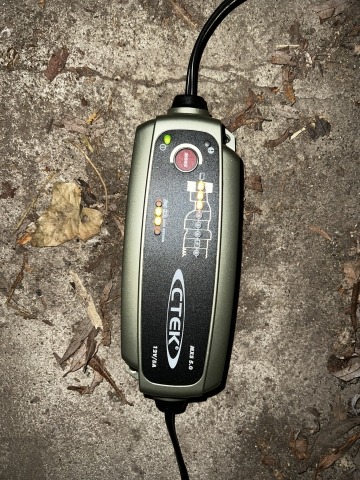 Now it is in CAR - AGM - RECOND mode and will leave it overnight... 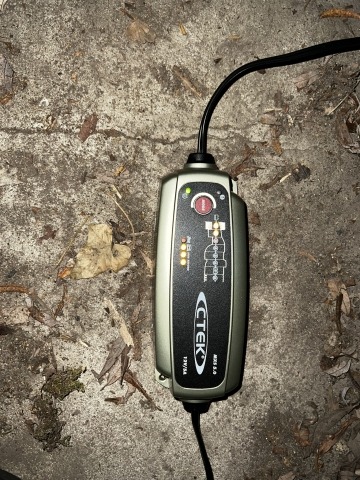 I thought the AGM mode was only meant for stop/start batteries.

AGM mode is for Absorbent Glass Mat batteries including that Odyssey.