Just seen I'm repeating Blue7 - there must be an echo

Although the performance may be excellent the JAL lights are NOT 'E' marked - a nice loop hole for someone to wriggle through should they @rse end you.....

"Our LED panels are manufactured to both ISO9001 and IPC610 Class 3 standard. IPC610 Class 3 is the highest standard possible for Printed Circuit Boards and is often associated with military and aerospace panels. Class 3 PCB’s are defined as; products where continued high performance or performance-on-demand is critical, equipment downtime cannot be tolerated, end-use environment may be uncommonly harsh, and the equipment must function when required."

If they were sold as not for highway use then potential customers could make their own decision about the legality of using the on a public high, however they are not so buyers will mistakenly think these are a correctly approved legal light set which sadly they are not.

Having an E marked lens does not automatically make the entire set approved, I realise that obtaining this approval is extremely costly, but the statement in #15 has nothing to do with the legality of the lights, only the high quality of the components used.

Unfortunately, the legislation is old and outdated. Written in 1986, there are still many things that need to be changed.  For example, the legislation doesn’t take new technologies into account. It was written at a time when the idea of replacing one technology for another within the same headlight unit just wasn’t a thing.

According to the legislation – in order to get enough light output for a stop light, you would need a minimum of 15 watts. This would make sense for a filament bulb however an LED would produce an immense amount of light at 15 watts. Every time you press the brakes, you would be blinding the person behind you.

Perhaps a better way to set the standards is to use metrics that transcend technology. For example, instead of a minimum or maximum wattage, lumens would be a better metric.

“Existing halogen headlamp units should not be converted to be used with high intensity discharge (HID) or light emitting diode (LED) bulbs. If such a conversion has been done, you must fail the headlamp.”

This is a brand new update that seems to only focus on headlights.  There are no mentions to fail other LED bulbs such as brake lights, tail lights or reversing lights.

It is an argument that could continue endlessly and I don't have the time or inclination but all I would say is:

1. You are less likely to be 'rear ended' with JAL lights fitted in place of the old dim standard lights.

2. If you were unfortunate enough to be rear ended, the thought of an Inspector Clouseau type insurance agent carrying out a detailed forensic inspection of your rear end looking for E marks or lack of them is IMHO quite ludicrous but I accept that you are entitled to your opinion also.  Insurance agents can't be bothered leaving the comfort of their orifices nowadays and just negotiate values over the phone.  If you could find a Barrister and the matter went to Court in 10 years time, it could be argued that the JAL lights are in fact superior to some lights with an E mark and it would appear that all countries seem to have a different interpretation of 'E'.

I was parked behind Doug (JAL), waiting to begin our journey to the Lancaster taxi run during the 60th celebrations.  When I saw his rear lights compared the the 7 parked next to him I was in no doubt that I wanted the upgrade for common sense safety.  I am sure Doug has covered this E issue in previous posts.

The lights are not E marked so be careful out there 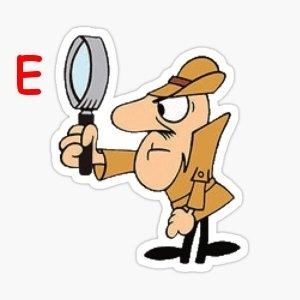 Insurance agents can't be bothered leaving the comfort of their orifices nowadays and just negotiate values over the phone.

I beg to differ based on very recent experience.
A lot will depend of whether the insurers motor engineer (assessor) believes any repair estimate is reasonable given the information they have to hand at the time.

I know of 2 cases where the offending driver claimed they could not see the brake lights, this was investigated and the lights were found to be non E marked units in both cases the offending driver got off...... any excuse for an insurance company to dodge paying out and they will take it - wether you consider tihs ludicrous or not !

I agree with your point about JAL being much brighter, as the OE ones are crap and the clear lens' simply shocking I am only making fellow club members aware that they could find themselves with a big repair bill.

The clear lenses are E-marked, but one thing I've never understood is why they're not fitted to the car until after IVA. New cars with clear lenses and LED bulbs (like mine) come with the standard lenses and lights in the boot! Does that imply that somehow the factory clear lenses with LED bulbs don't meet regulations?

FYI, the JAL high level brake light is E-marked (so on the back of my car I now have 3 E-marked lights, one of which is at least bright enough to see in daylight).

#20 Tim, that also puzzled me and the explanation I received was that the standard lenses were included in the price and the clear lenses were an optional extra so if I selected them, CC would fit them and also supply the standard lenses because I had paid for them.  It always amused me as did two dipsticks and a smart green presentation box, which I opened with excitement but ... like the story of The Old Empty Barn" ... there was nothing in it!

As a  matter of interest, are the new CC rear led lights E marked?  Update, the CC website confirms they are E-marked having met European commission regulations and safety standards.