My EU3 K series S3 has a new long front. I specified a removable nearside chassis diagonal.
Engine now back in, but the diagonal fouls the water rail.
The removable tube has an indented section, but its not where the water rail sits.
If I jack up the engine I can fit the tube in, but the water rail will touch the tube when the engine is lowered.
Its more than "a few washers under the engine mount" to fix.
Waiting to hear back from Arch.

So, can anyone with a K S3 and the removable diagonal confirm if the tube has an indented section to avoid hitting the water rail?

Or is there a different water rail?

1998 K with removable diagonal tubes. No indentation and 16mm gap at the closest point to the water rail, level with the rear of the block.

Yes, read that link. I have about -10mm gap!
Am now wondering if there are different water rails.
Not good.

There are 3 different types of coolant rail, the later type arch upwards away from the outlet, earlier lines dont, publish a pic here and I'll tell you whihc ine you have.. 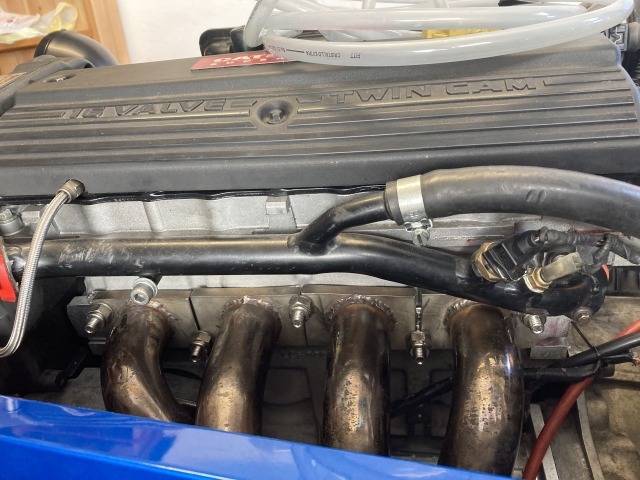 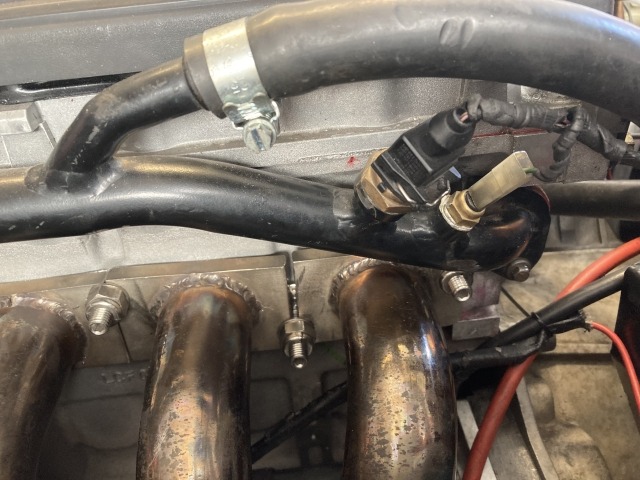 Mine has no indent in that area and the water rail looks pretty much the same. There is a little bit of clearance. Not much but enough that it doesn't hit. No washers under that side of the engine. 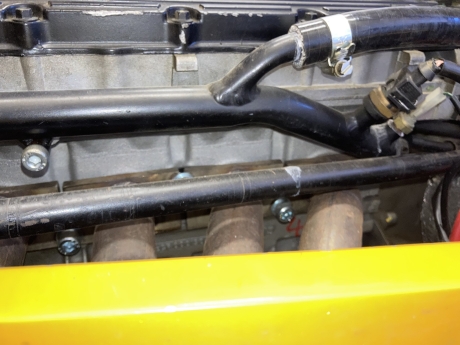 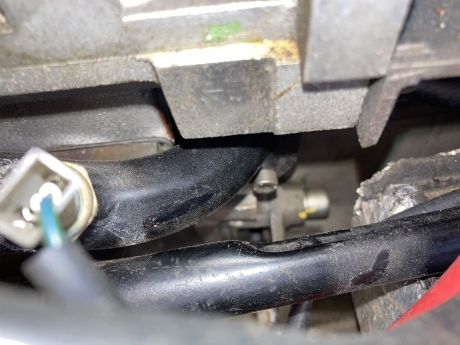 Thanks - looks like same water rail. Is that a removable diagonal? Seen a photo of another water rail that looks straighter and closer to the block

Yes its a removable diagonal. Basically the same spec as you are trying to fit up. Cant really see why yours wont clear, I may have pushed my engine as far to the right as possible is all that I can suggest. Its been a long while since I did it. 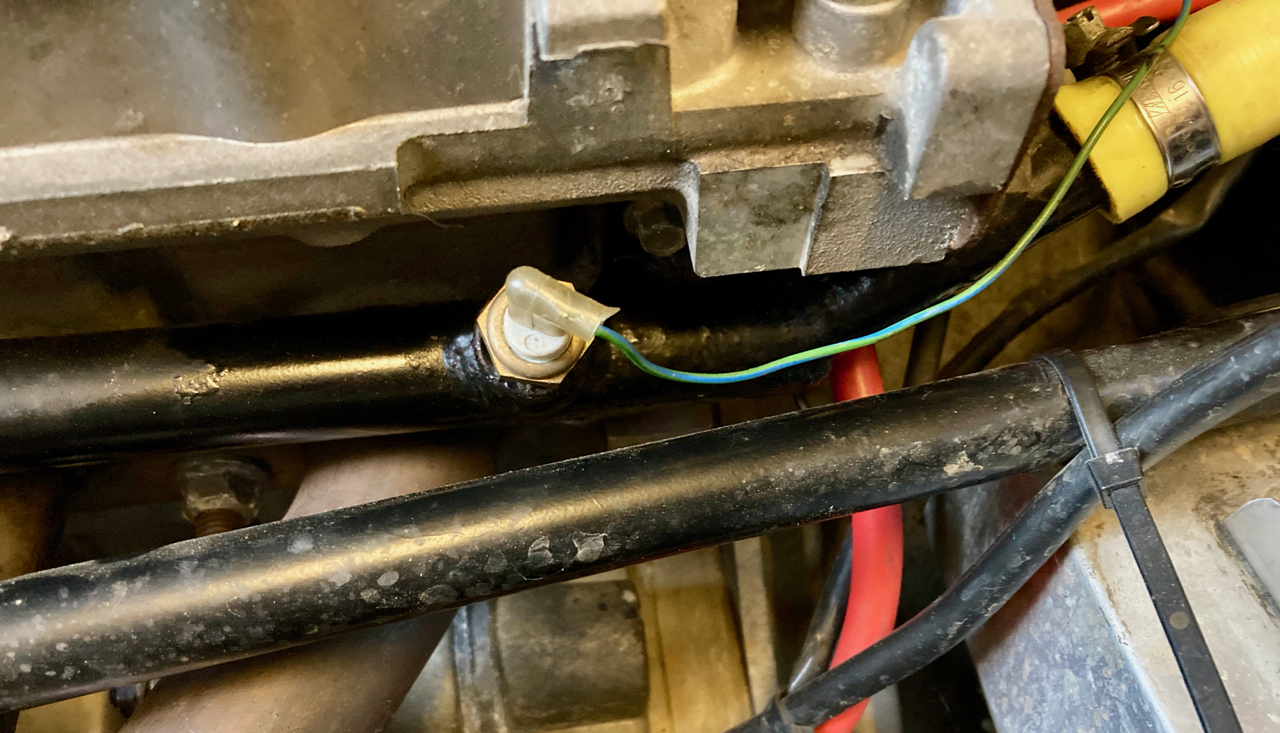 1998 K with removable diagonal tubes. No indentation and 16mm gap at the closest point to the water rail, level with the rear of the block.

If it's any help, I've got one of the older straight kind that sits close to the side of the head. Two small problems:

1) It's currently bolted to the side of an engine I've built for a client.

2) I paid to have it blasted and powder coated and refurbished like new.

I'd rather not start pulling it off again but if you're really stuck I'll do you a swap, but you would have to throw in the cost of getting yours blasted and powder coated like the one I've got (about £30 from memory). I don't think my client really cares what shape water rails he gets and he's used to the newer kind from me anyway, I was just using this one up on this SuperSport engine as it won't fit the VVC.

It has both sensor bosses fitted, the ECU sensor is in a slightly different (better in terms of exhaust proximity!) position but should be fine for wiring as it sits nearer to where the wires usually come out of the loom). The bypass hose comes straight off the back rather than outwards from the front section of pipe as on the newer rails (which is why it won't fit a VVC, it would go straight through the rear belt pulleys).

It's difficult to get a decent photograph as the engines are stacked deep in my garage at the moment, so this is the best I can do: 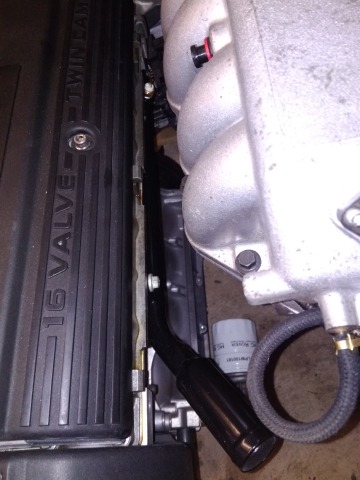