Several times for 10 to 30 seconds the oil pressure indicated on the gauge went to zero while at idle. It dropped like a stone and when it came back, it zoomed up. Both directions it seemed more electrical than like it was actually reporting changing oil pressure. Engine sight, sound and smell showed no indication of change. Engine is a crossflow 1700 in a 1991 S3 SuperSprint. Gauge is VDO. Sending unit is VDO but I can't find a part number on it. If I pull the wire off the sender, the gauge goes to high, not to zero. I can't tell if 1) the oil pressure actually dropped to zero briefly and returned, 2)  the gauge is bad or 3) the sender is bad. If I knew what sending unit to buy  I would replace it because it is a relatively easy and  inexpensive thing to change and see if it fixes it. Anybody know the model number of the sending unit? I suppose I could change out the gauge also but I don't really think the gauge is bad. 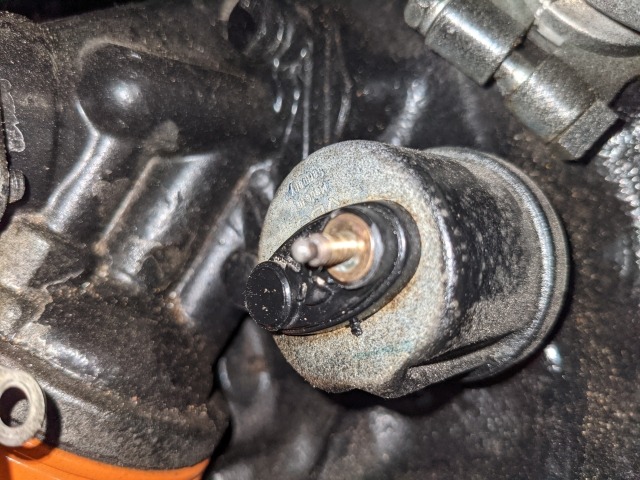 Assume the sender works by varied resistance to earth under pressure like the Caerbobt electrical system. Take the wire off the sender and ground it on a metal part of the engine with the ignition on. Don't need to run the engine. The gauge should go to 100% full scale. This can test the gauge and the wiring. Try wiggling the wiring near the sender while doing this as this will suffer fatigue from vibration. Best fix is to fit a capillary tube and mechanical oil pressure gauge. Costs less than a new sender.

"Anybody know the model number of the sending unit?"

Please let us know when you've established that.

I fixed my problem by pulling off the wire connector--then cleaning the terminal and the connecting wire--then re-connecting the wire and this time clamping it really tight with a vise grip. It used to drop to zero periodically, but hasn't done it for five years. You do have to clamp the connecting wire very tightly.

If I pull the wire off the sender, the gauge goes to high, not to zero.

So in this particular setup, a faulty connection at the sender would lead to a high reading and not a drop to zero. It would take a short circuit of the sender wire to earth or similar to drop the gauge to zero.

That does sound like an unusual way around for it to work, but if you've tested and you're sure that's how it behaves, then that must be how it is.

Other than a chaffed wire shorting to earth somewhere (fairly unlikely) I think the obvious candidate is the sender unit, which I think just backs up what you had already concluded. Sorry but I can't help you with the part number on a crossflow.

It is worth checking the other wires to the back of the gauge itself as there will be a +12V supply wire and I guess if that disconnected the gauge would drop to zero.

On K Series cars the senders are notoriously unreliable, they seem to be susceptible to vibration and water ingress. A lot of people choose to switch to a mechanical oil pressure gauge, which generally proves to be a lot more reliable. They are generally faster responding and usually have a 270° sweep instead of the electrical gauge's 90°-ish sweep too. It's a very simply change, the gauge fits in the standard hole in the dash and then there's a nylon capillary pipe with a fitting that screws into the hole in place of the electrical sender. Might to be something worth considering?

Worth ruling out a bad earth. My gauges were doing all sorts of mad stuff. Turned out to be a loose main earth next to the fuse box under the dash. For the sake of a 5 minute check...

Check which way round it works!

I've a VDO sender from an '89 X Flow that was working fine when removed.  You're welcome have it - BM your address and I'll post it if you want to try it.

Note, if yours is on a Ford block, the thread is likely to be NPT, rather than the metric one above.

Update: Received the sender from rkeywood (thanks Robert!) and put it in. It was teh same part as the one I took out. Works as expected. Reading is about the same as the original sender. We'll have to see if the intermittent problem goes away. To confuse things, I topped up the oil. On the dipstick, oil level was in the hash area, about 1/4 from the bottom of the hash. That seemed like enough to me so didn't worry about it. However, to be complete, I added oil to get it to the top of the hash section. For the record, the build sheet lists the sender part as: 360081029039 oil pressure sender-0-5BAR (VDO). The sender is marked 29/39, which corresponds to the last 4/5 digits in the part number. The threads are not pipe threads.

Thanks for all the help, 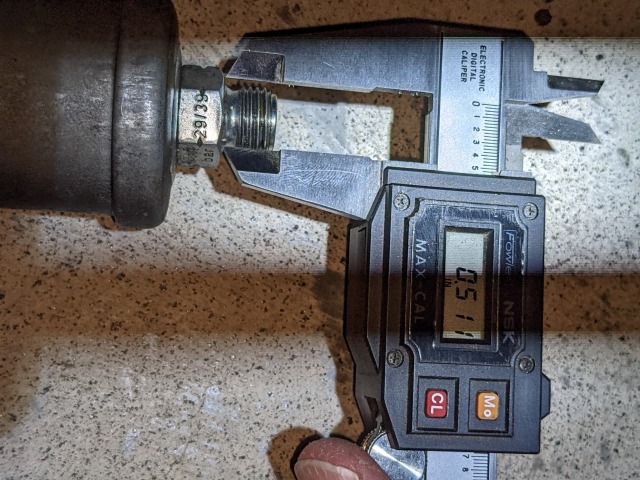 Thanks for the update and for adding the details... they'll be just what someone needs someday. : - )