My second favourite expert on the British motor industry is Pernille Rudlin. Her Twitter feed is made even more worthwhile by the frequent inclusion of Ravilious' work.

A flawed movie which did not flow quite as well as some of the other Marvel movies, but still worth a watch.

I enjoyed the Ravilious film on Monday evening. Cinema absolutely full, which is great but unusual for a Monday night.

I knew of his art and knew he had died, and how, as a result of his commissions from the War Artists Advisory Commission, but little of his life.  So it was good to learn a lot more. The closeness with Edward Bawden hadn't struck home but if you look at their woodcuts for London Transport it would be difficult to identify which belonged to whom.

These are what I have as reference.  He wasn't a complete unknown as suggested in the film. 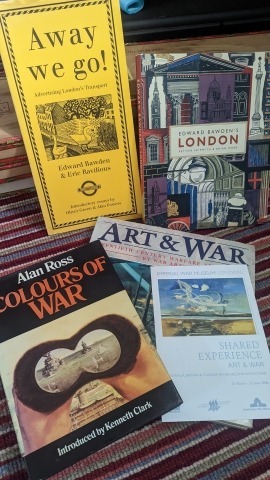 Flight - How the hell did I miss this gem in 2013 ? An absolute cracker of a film about an airline pilot who skilfully crash lands his plane , but is then in deep s***t because of his drink and cocaine habit . Denzel Washington is masterful in the lead , the sort of role you could imagine Gregory Peck having played in the distant past . It is a terrific  watch  - Netflix

Summer in the Shade I need to declare an interest as the scriptwriter was my delightful niece , Isobel Boyce . It's a coming of age film about two adolescent girls on holiday in Cornwall . It is unsettling , odd and has hints (without the horror ) of Carrie and even Wicker Man  . There's lots wrong with it - awful soundtrack , clunky ending , too much crammed in - but I enjoyed it and I hope she does more . On Amazon .

Not coming to a cinema near you (or anywhere else)

Nor will be available on a stream either.

Apollo 10 1/2 - a gem on Netflix . It is summer 1969 in Houston , and this animated film is about both the moon landing itself and a bunch of kids growing up . Terrific graphics, funny and clever, with an  outstanding soundtrack. My song of the year as a 14 year old  in '69 was 'Psychotic Reaction' by forgotten Californian garage rockers , Count Five  - and it's on here !  Lovely film and highly recommended