You're right John - very confusing. Right or wrong, it seems K-Mag is awarded the pole since it was gained from topping the official qualifying session. George started the GP first (not pole) by virtue of winning the sprint. Nonsense really! Good (unofficial & French!) F1 stat site here.

Well, not a brilliant race , but an end to a season I enjoyed . It is fashionable for some lazy commentators to sneer at Ferrari , who undeniably made some mistakes this year , but they did manage to be so hopeless that they managed to beat everyone else except Red Bull . I think  - or at least hope - they will be mighty next year . I thought the booing at the end was disgraceful - this sport should be better than that . And every pantomime needs a villain (cue cries of 'Oh no it doesn't ') .

Norris to me was one of the stand out drivers , and in the right car I will stick my neck out and say he is (even ) better than the Wisbech superstar Russell . Hamilton remains sublime but I'd like him to be smart enough to retire when he slows down a bit more . I am old enough (just ) to have seen Graham Hill in his dotage and it was embarrassing - a once great driver reduced to backmarker status.

I watched qualifying in horror as cars on hot laps had to negotiate  their way through cars which effectively were parked up on track , albeit off line . God's sake , the F1 community gets into a justifiable froth about rescue vehicles being on track   so why is it OK to park your Alpine or Alpha Tauri ? I saw this for myself at wet qualifying at Silverstone  this year - I had never seen it live before and I think I may have involuntarily shouted 'WTF are you doing ?' 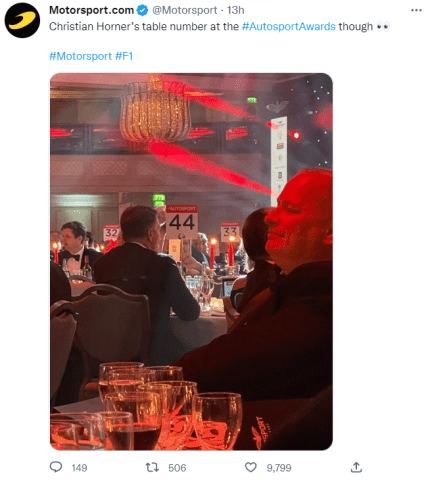 Doubt the irony was lost on him